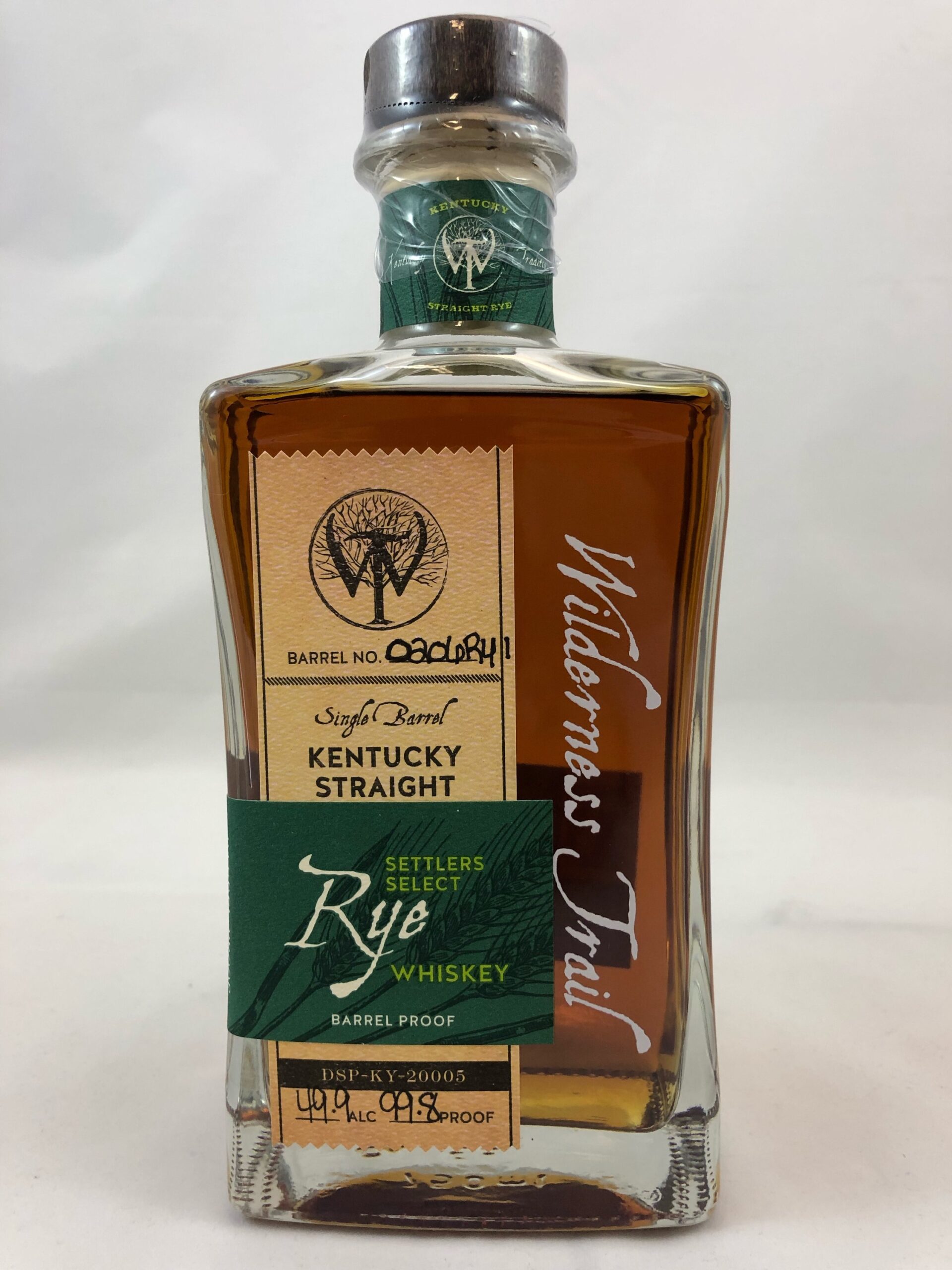 One of my absolute favorite Kentucky traditions is our barrel picking group’s “hotel room double blind tasting” the night before our annual fall charity event. Each year, Brian Gomolka outdoes himself and I find myself searching for a new favorite bottle.

This past November, the stars all aligned like never before.

In a field of what ended up being six rye whiskies, two stood out above the rest. The ultimate winner was Booker’s Rye, currently an $850 bottle. The consensus runner-up was a 3-year rye from a then-relatively unknown new distillery called “Wilderness Trail,” who had just released their first 4-year rye that same day. I was stunned and couldn’t believe that a $60 3-year craft rye whiskey would excel amidst a group of well-known and established brands, including a couple private picks. I don’t need many fingers to count how many craft distilleries I’ve actually been intrigued about, but this definitely was one of them.

The excitement didn’t end there for me. Coincidentally, I received a message from Wilderness Trail’s Emily Toadvine the very next morning confirming that both founders, Shane Baker and Pat Heist, were going to be attending our Willett To Be Cured charity event for cancer that evening. I had invited them weeks before, but now having tasted their whiskey, I was truly thrilled.

At this point, it shouldn’t have shocked me to find an empty seat at the event directly across from Pat and Shane, but I grabbed it immediately. The opportunity to taste and discuss whiskey with experts like these are the moments you live for. In just a short while, I learned things I had never even considered before. For example, Shane taught me how to gauge the proof of a whiskey by shaking a sample bottle and observing the bubbles (higher proof bubbles don’t hang around).

The rest of the room was quickly introduced to Wilderness Trail once the live auction began. Willett’s Drew Kulsveen took the microphone and, full of emotion, expressed his admiration for Pat and Shane while auctioning a commemorative bottle from the very first Wilderness Trail barrel. Shortly after, during one of the most mind-blowing sequence of events I’ve ever been a part of, Drew and his family auctioned a handful of uber-rare 16-year Willett bourbon barrels to private groups. Wilderness Trail purchased one of them!

It would be easy to say I was primed to love the whiskey based on my experiences with the people behind it, but in fact I didn’t know any of this when I first tasted it. Once I returned home, I went to work to secure a bottle for myself. Wilderness Trail distribution is expanding, but currently it’s only available in Kentucky and 3 states on the east coast. It took a little time to get mine, but I learned a lot about the whiskey in the meantime.

Wilderness Trail began at Fermenting Solutions in 2006, with Microbiologist Pat and Engineer Shane consulting with several major distillers around the world. They became experts in every step of the whiskey production process. Using the profits from this business, they started Wilderness Trail and remain completely debt-free. This may impact the number of bottles they can release during the short-term, but it keeps them fully in control of their whiskey and their business.

The other unique decision Wilderness Trail made is to barrel at a lower entry proof, similar to how whiskey used to be made long ago. Currently they’re barreling around 100 proof. That helps to explain why their barrel proof ryes seem lower proof than you may be used to, ranging from the high 90’s to the latest release at 114. Each bottle of Wilderness Trail rye is from a single barrel released at barrel strength.

Finish: The only setback for this barrel proof rye is that the finish doesn’t stick around long, but the tail of it sticks around awhile as it fades. This bottle is 3 years old and around 100 proof, while the newest releases are 4 years old and closer to 115. I am excited to try some of the higher proof bottles to see if the punch is more pronounced.

Conclusion: One of the joys of drinking a bottle of dusty Bourbon from National Distillers is that unique, incredible butterscotch flavor you don’t find anymore. Keep in mind most of those are relatively lower proof whiskeys as well. I find a similar comparison drinking the Wilderness Trail rye. With what I find to be the most flavorful type mashbill combined with the lower barrel entry proof, this whiskey is truly balanced and delicious.

Worth the price? $59.99 is more than reasonable for a craft whiskey, and pretty special for a 3-year old rye. I cannot wait to taste their barrels in a couple years, but it is still ready to enjoy right now. Is it the Christmas fireworks in a bottle that Thomas Handy is? No, but I can count on one hand the rye whiskeys I would take next to that one. And Wilderness Trail is one of them.