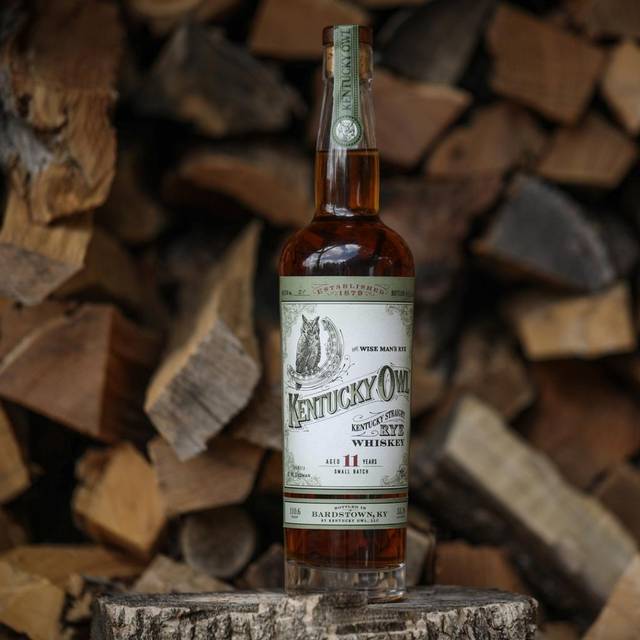 From the press release:

“This unique offering is produced from a collection of barrels blended and brought to proof to accentuate both the delicate profile and the full-flavored body of the whiskey. Master Blender, Dixon Dedman, crafted the small batch rye with the same passion and high quality that goes into his family’s award-winning bourbon. On the heels of a seven-market release of Kentucky Owl Bourbon Batch #7, the highly allocated Kentucky straight rye whiskey will roll out in 25 U.S. markets this September.”

From the late 1800’s until Prohibition, Dixon Dedman’s great-great-grandfather produced Kentucky Owl Bourbon. In 2014, the Dedman family resurrected the brand as a Non-Distilling Producer (NDP) by sourcing whiskey and releasing batches inside Kentucky. The brand took off and became a huge hit with bottles selling for hundreds of dollars on the Gray Market.

Like several hot new brands, Kentucky Owl was quickly purchased this past January by Stoli Group, which is currently considering building a $150 million distillery in Bardstown. We have seen several instances of NDP brands attempt to evolve into producing their own whiskey. This is a major chasm to cross for two reasons: (1) There is a far different skill set involved in selecting great whiskey versus making it; and (2) It is incredibly difficult to match existing flavors due to several factors including yeast, grain sources, water sources, aging conditions, barrel suppliers, etc.

Now here comes the first batch of Kentucky Owl Rye, available in 25 markets rather than just in Kentucky. So what exactly is it? We know it is aged 11 years, so obviously it’s been sourced. We also know from the label this is a “Kentucky Straight Whiskey,” so the ryes blended together were all produced in Kentucky. That eliminates the obvious guess, MGP, as well as Alberta. Kentucky Owl Rye is bottled at Strong Spirits, a contract bottler and blender in Bardstown. Strong Spirits just happened to be started 11 years ago, when Kentucky Owl Rye was distilled and barreled, a pretty strong coincidence. Strong also applied for the Kentucky Owl Rye label approval in July. However, until we can confirm whether Strong was actually distilling rye in 2006, it’s likely they purchased this rye, then blended and bottled it for Kentucky Owl. In that case, Barton, located just 3 miles from Strong, is a (pardon the pun) strong candidate. Then again, the label says, “Bottled In Bardstown,” which seems to infer that some or all of it was produced elsewhere in Kentucky. If that’s true, then Wild Turkey, Brown-Forman, Heaven Hill, Beam and Buffalo Trace all become possibilities. Or maybe it is some combination of any of these blended together?

I will continue digging for the answer. In the meantime, one thing not in question is how quickly I ripped the seal off my bottle of Kentucky Owl rye and poured it for a taste.

Nose: If you’ve nosed an elite high-proof rye whiskey like Thomas H. Handy or Smooth Ambler Old Scout Cask Strength, then you know what I mean when I say there’s a terrific floral bouquet on the nose.

Palate: The 110.6 proof is high enough to deliver the flavors, but low enough to not destroy your taste buds. It’s a harmony of spices reminiscent of nutmeg and cloves. I didn’t get a lot of dry oak on the nose, but it shows up nicely on the palate.

Finish: There is a warmth that spreads evenly throughout each sip. It hangs around long enough to satisfy and contemplate where this release ranks among the best rye whiskies on the market.

I typically add a few drops of water, but I chose not to this time. I didn’t feel the need to improve the flavor and I didn’t want to soften the finish.

At 110.6 proof and 55.3% alcohol by volume, this rye expression packs a punch. On the nose, Kentucky Owl Straight Rye Whiskey features vanilla, cloves and lavender with sweet pine and oaky undertones. The taste immediately coats the entire palate, with nutmeg and cinnamon giving way to pepper and vanilla on the front with a hint of anise across the middle before finishing with a subtle, gripping cinnamon spice.

Worth the price? I always think it’s a great idea to taste something before spending $130 on a bottle. However, fans of rye whiskey that don’t see this pricing as a hurdle should absolutely grab a bottle if they see one. This outclasses the Michter’s 10 rye for the same retail price. Even for its $200 Gray Market price, it feels like a bargain compared to several other premium rye bottles being chased every day.

Dixon Dedman said, “Good rye, to me, is not an everyday pour. It’s a sipping whiskey that, at its core, should be thought-provoking and heavy-hitting.” I completely agree and, as a premium limited-market release, you’ll want this bottle to last. I’d pour this only for your closest family and friends that have tasted several rye whiskeys. They will appreciate the experience the most.

I didn’t care much for the Kentucky Owl Bourbon when I tasted it. Billed as “The Wise Man’s Bourbon,” I didn’t quite feel that moniker fit. For this bottle, “The Wise Man’s Rye” is far more apropos. The 11 years spent in the barrels offers a sophistication that elevates this to something special. Tasted alongside the 6-year-old Handy and an 8-year-old Cask Strength Smooth Ambler Old Scout, I would put this release squarely in the middle of the three. It’s phenomenal and I suspect the many people flipping this bottle for a $40 profit are going to regret it big time once they realize what they had. And keep your eye out for other whiskey from DSP-KY-15007. I can’t say for sure that Strong Spirits produced this terrific whiskey, but they may be onto something special regardless.