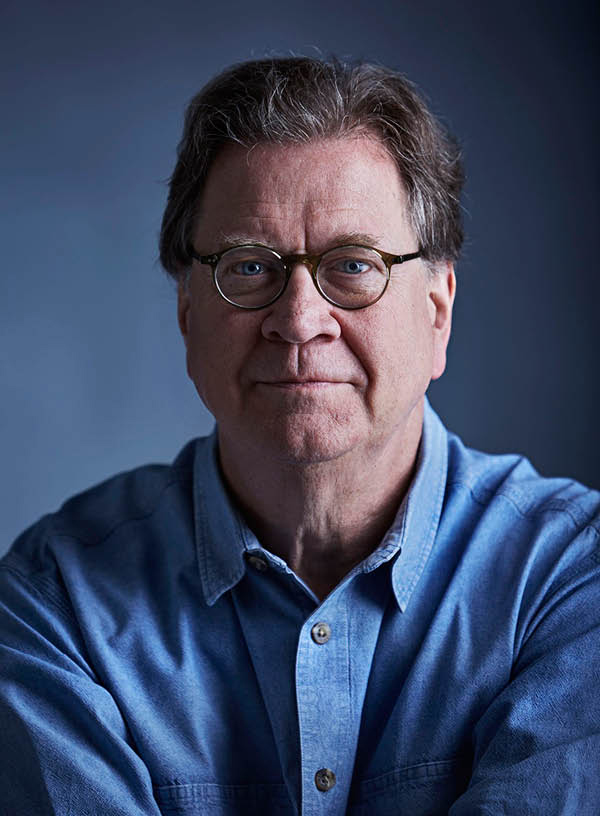 If you’re a fan of Bourbon, then you’ve likely heard of Pappy Van Winkle.  And if you’ve heard of Pappy Van Winkle then know it’s coveted by everyone from aficionados to the people who cut their hair. I’ve even seen annual releases of Pappy advertised as “The Holy Grail of Bourbons.” However, seasoned Bourbon drinkers or collectors with an interest in history have discovered there are unicorn fields far beyond Van Winkleland. A.H. Hirsch Reserve Bourbon is such an animal, a trophy among trophies for those lucky enough to own (or even taste) one. You can’t tell the story of A.H. Hirsch Bourbon without talking about the Van Winkles. And you couldn’t legitimately tell the story of either without talking about Gordy Hue.

In the 1960’s, 13 year-old Gordy Hue began working at Cork ‘N Bottle, his family’s Northern Kentucky liquor store. From taking out the trash and sweeping the floors, he progressed to stocking the shelves and working behind the counter (in an era where children could still do so). Continuing to work throughout high school and college (at nearby Xavier University), Gordy eventually ran Cork ‘N Bottle for over two decades.  Operating one of the premier Kentucky liquor stores throughout the 1970’s and 1980’s naturally put Gordy in contact with the legends of the industry.

Which is how Gordy met Julian Van Winkle, Jr.

Cork ‘N Bottle was focused on the higher end of its categories. They had a huge wine selection as well as exotic imported spirits like Cognac and Armagnac that couldn’t be easily found anywhere else. When it came to Bourbon, Gordy wondered, “Why isn’t anybody in Kentucky treating their better products the way the Scots and French do?”

Gordy’s father had worked with distilleries on unique releases, and in fact kept a house Bourbon  (“Meadow Lawn”) on hand at the store. Ironically, just as whiskey distilleries were being shuttered in the 1970’s, Gordy was envisioning premium Bourbon releases. For his first major project, he sourced 16 year-old barrels aging at Willett, which had recently stopped distilling whiskey.  Handling the naming and the labeling himself, Gordy released 3,168 bottles of Bicentennial Bourbon to commemorate the 1976 anniversary of our nation’s independence. These first releases were so successful and fun that he began going around and contacting other distillers to purchase more of their whiskey.

On one particular project, for his Old House Reserve Bourbon, Gordy wanted a bottle and cork look similar to the squat bottles Julian Van Winkle, Jr. was bottling his 7-year Old Rip Van Winkle in. Knowing Julian Jr. had taken Bourbon as well as glass bottles with him when the Stitzel-Weller distillery was sold, Gordy called up Pappy’s son and asked if he could purchase some bottles from him.

“What the hell are you calling me for, asking me for my bottles?” Julian Jr. barked in his typically profanity-laced ex-Army gruffness.

Thus began a relationship where Gordy would purchase bottles and the two men would talk from time to time. On one particular occasion, Julian Van Winkle Jr. mentioned he had to go fill “some coal miner bottles” (ceramic decanters). Gordy incredulously asked Julian Jr., “You’re putting that incredible whiskey you took from Stitzel-Weller into those decorative decanters for people who only want the ceramic, and who don’t give a damn what’s actually inside them?” To which Julian Jr. replied, “Yeah I am. I gotta make a living. You got a better idea?”

Yes, as a matter of fact, he did. “Let’s put the whiskey in the bottle that makes them look good and charge some real money for it,” Gordy told him. While sourcing liquor in France, Gordy had bought some glass Cognac bottles, the elegance of which he felt would do the incredible Stitzel-Weller whiskey justice.  Following Julian Van Winkle Jr.’s death in 1981, the idea was soon to be revived with his son, Julian III.

In 1983, Julian III bought the Hoffman Distillery in Lawrenceburg for bottling and storage, where Gordy approached him with the idea he had originally floated to his father. Gordy wanted to purchase the aged Stitzel-Weller whiskey and sell it as a premium product. Naming it “Van Winkle Family Reserve,” adapting the label design himself, and presenting it in a Cognac glass bottle, he asked Julian III what he thought.  “I kind of like that idea,” Julian III replied, without realizing he had just approved the launch of the most iconic whiskey brand of all time. Gordy’s bottle style, name and label design are still nearly identical to the Van Winkle Family Reserve Rye being bottled nearly 35 years later. And Julian III carried through this bottle design and elements as he developed the Van Winkle family of whiskeys into a global phenomenon.

Gordy sold the Van Winkle Family Reserve Bourbon at Cork ‘N Bottle as well as exported bottles to Europe and Japan.  “There were no contracts or partnerships. Julian III told us what he wanted for it and we paid him, and then we charged what we wanted.” Then one day, Julian III informed Gordy he had no more aged Bourbon left to sell him. “Someplace safe” is where Gordy says he keeps around 50 bottles from the final runs of 14 and 16 year Van Winkle Family Reserve Bourbons, a comment likely to trigger a recalibration of the term “Bourbon Bunker” for most of us.

No longer able to purchase the aged Stitzel-Weller Bourbon from Julian III, Gordy began the long and frustrating search for a comparable whiskey to sell. He nearly secured a bunch of terrific Old Grand Dad Bourbon from National Distillers, but when the company was sold in 1987, the new owners (Jim Beam) subsequently nixed the deal. Then he got a call from his Cleveland friend Bob Gottesman that led to the second legendary Bourbon brand created by Gordy Hue.

Gottesman, “an old Schenley guy” and owner of Paramount Distillers, informed Gordy that he knew a gentleman with a bunch of aged whiskey for sale.  The gentleman, then in his 90’s and living in Grand Rapids, Michigan, arranged for samples of the whiskey to be sent to Gordy. While the samples were en route, Gordy learned that the whiskey had been distilled in Pennsylvania. “Pennsylvania?” Gordy lamented, “I can’t sell Pennsylvania whiskey!” Once Gordy tasted the samples, however, he knew he’d have no problem selling the Pennsylvania whiskey. “It was absolutely the best thing we had come across since the Stitzel-Weller product,” he said.

Visiting the elderly gentleman at his home in Grand Rapids, Michigan, Gordy sat with him and talked about the whiskey. “I want you to take it,” the man told Gordy, “I’m old and I don’t want it laying around for people to have to deal with.” So it was in 1989, in this man’s living room, when Gordy agreed to purchase nearly 800 barrels of the delicious, aging Pennsylvania whiskey.

Returning home, Gordy was hit hard with a realization. “What the hell am I going to do now?” he wondered, “I have nowhere to go with all these barrels!”  He first went to Julian Van Winkle III, who told him, “I don’t have that much space.” Gordy talked him into taking about a third of the barrels into Lawrenceburg to continue aging it. Then, Bob Gottesman, the man who had originally tipped off Gordy to the whiskey, offered to store the remaining 16 year-old whiskey in steel tanks to prevent it from aging further. Gottesman, who also owned Meier’s Wine in Cincinnati, asked only to keep the empty barrels to age Sherry with as his fee.

The Pennsylvania Bourbon was bottled and released in two distinct operations: The bulk of the whiskey was bottled periodically from the tanked 16 year-old in Cincinnati until its final release in 2009. There were also close to 250 barrels still aging with Julian Van Winkle III in Lawrenceburg, and these were bottled each year as 17, 18, 19 and finally 20-year old versions. To honor the elderly gentleman in Michigan who sold him all the Bourbon, Gordy decided to name it after him – A.H. Hirsch Reserve.

Born in Germany in 1908, Adolph Hirsch immigrated to Chicago during Prohibition. Following Repeal, his uncle Isaac Bernheim reopened his Kentucky distillery and invited Hirsch to come work with him. That is how Hirsch ended up running the Bernheim Distillery in Louisville until its sale to Schenley in 1937. Following the sale, Hirsch wound up in Pennsylvania.

Now, about that whiskey…

In 1974, a large run of Bourbon was distilled during the final years of the Pennco distillery near Schaefferstown, which then went out of business, leaving an incredible stock of barrels aging in a Pennsylvania warehouse. You may recognize Pennco by another name- It was purchased out of foreclosure soon after and renamed Michter’s Distillery.

There was a whole lot of A.H. Hirsch whiskey, so Gordy had been actively selling the bottles wherever he could. Plenty was exported to Europe and Japan, in particular, until its economy tanked in the 1990’s. There may still be plenty of bottles hidden away in those countries for dusty treasure hunters lucky enough to find them. “What’s being paid for these today is beyond my comprehension,” says the man who once owned the equivalent of 10,000 cases (60,000 bottles).

Hearing stories like these, one might be excited to know what Gordy Hue has in his glass nowadays. It’s not likely to be Bourbon. “I enjoyed the fun of seeking them out, but I was never a big consumer of spirits,” he says. When pressed, he mentions that he tends to favor Bourbons with a wheated mashbill like Maker’s Mark and the Buffalo Trace products that includes W.L. Weller and the Van Winkle lineup. He singles out Buffalo Trace and Four Roses as two distilleries making incredible whiskey today, especially given the scale they are producing to.

“But, in my lifetime,” he says, “The best whiskeys I’ve ever tasted were the ones distilled from the Stitzel-Weller period in the 1960’s and 1970’s.”

No longer in the spirits business, Gordy lives on the Ohio side of the river, running a wine import business called WineCRAFT. “I was always in the wine business,” he proudly explains, “Bourbon was just a side thing.”

*Thank you to Ed Bley for making the introduction, to Gordy for your time & one hell of a phone call, and a special thanks to Julian Van Winkle III for final edits